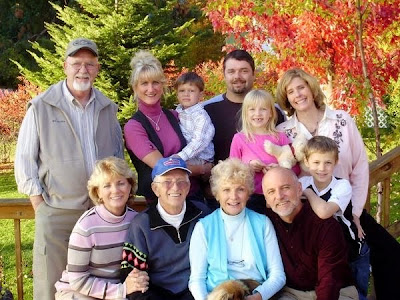 The Primary Election will be held on May 25, 2010, and I am asking for your support and vote in this most important primary race. Whoever wins this Primary Election will win the honor to represent the GOP in the November General Election. There are other contested primary races, so your vote will be important. Since there are only two candidates running for Assessor, both in the Republican primary, this is your only chance to choose who will manage the Assessor’s office in the next four years.

WHAT HAS BEEN ACCOMPLISHED BY THE ASSESSOR’S OFFICE DURING JERRY CLEMONS’ TENURE SINCE 2007?

• Brought the assessments into compliance with the Idaho State Tax Commission, thereby improving uniformity and fairness throughout Bonner County.
o In 2006, there was an organized tax revolt, which resulted in at least 2,800 appeals to the Board of Equalization. During this period of great turmoil, Tina Harvey, my opponent, was the Supervisor of Residential Appraisals and analyzed sales data to set assessments.
o Since taking office, I have rectified the problems of 2006 and reduced the number of appeals to about three hundred in 2009.
o Three hundred appeals represent less than 1% of the over 44,000 assessments in Bonner County. Property owners largely understood their assessments and did not feel the need to appeal.

• Completed an audit of all Homeowners Exemptions resulting in the recovery of over $450,000 in tax revenue not collected in the past.
o The Assessor’s Office was assisted by the Commissioner’s Office, the Treasurer’s Office, the Clerk’s office and the State Tax Commission to recover lost tax dollars.

• Dedicated one full-time appraiser to new construction, which added more than $500,000,000 in assessments to the tax roll in the last three years.
o Under my leadership, an appraiser was moved from the mobile home department and given the sole task of picking up new construction. This was accomplished without increasing the existing staff.
o The prior administration, which included Tina Harvey, refused to add new construction to the assessment rolls in an attempt to leverage itself against the Commissioners and increase both budget and staffing. This situation resulted in many property owners not being included on the tax rolls and contributed to the 2006 tax revolt.

• Successfully negotiated a data-sharing contract with the Selkirk Board of Realtors.
o Worked with the Commissioners and the staff of the Prosecuting Attorney to obtain a mutually beneficial contract.
o This contract enables the Assessor’s Office to increase uniformity and fairness in the assessments by having access to more sales data.

• Successfully launched a five-year program to install a computer-aided mass appraisal system, Pro-Val, for the residential department that had been in the Assessor’s Office since around 2003. The prior administration purchased the software but it was never installed and utilized. This system was implemented without increasing staff.

Even though we have made great progress in the last three years, much remains to be done. For that reason I am asking for your support during the primary election process.

I would appreciate your vote and support in the May 25th Primary Election!
Posted by Jerry Clemons at 7:43 PM 1 comment:

Jerry Clemons
I have been married to my wife, Patti, for 35 years and together we have 4 children, 10 grandchildren and one great granddaughter. We are both active members of our community and together serve on the Advisory Board for Kinderhaven, a group home for abused and neglected children. I have served as the Bonner County Assessor since 2007 and before that was a Bonner County Commissioner from 2001 - 2004 and served on the Hope City Council for several years. Before moving to Bonner county, I worked for 29 years as the owner and operator of a real estate management company in Missouri. I am running for Bonner County Assessor and ask for your vote in the Primary Election May 25,2010. I welcome an opportunity to speak with you regarding any questions you have. Please feel free to contact me at pandjclemons@wildblue.net